Enjoy Derby Folk Festival in your own home

Just before lockdown began, Derby LIVE announced that the Derby Folk Festival would be back for October 2020 with many artists playing in multiple venues across the city. However, due to Covid-19 and the continued restrictions on staging events, the festival cannot go ahead as planned in a way which is safe for audiences, musicians and crew. Instead, Derby LIVE are excited to announce that we have worked with artists and partners to put together a digital version of this much loved festival -  Derby Folk Festival at Home!

Tickets are now on sale for an online festival, which will take place on the same dates as the original event, from Friday 2 to Sunday 4 October. It will feature concerts created especially for the Festival from many of the artists who were booked to appear in person in the city, including John Tams and Barry Coope, Lucy Ward, Kathryn Roberts and Sean Lakeman, Winter Wilson, Kitty Macfarlane, and a host of other wonderful performers.

“We all pressed “Pause”… It seemed an otherworldly hand had taken control. Locked-down in the unknown, and even now as the bolts are drawn, we’re still in the unknown. A new order beckons so let’s embrace the new and at long last press “Play” again! Derby Folk Festival at Home will appear on your screens with as much of a “live” festival feel as we can all muster. Pour a glass or two, plump your cushions, settle in … and don’t forget to sing!” 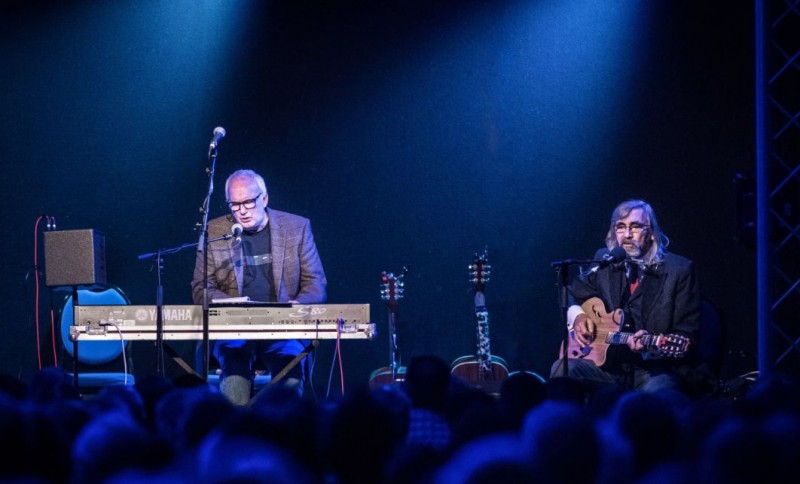 The concerts will be streamed in a curated series of four festival sessions, running for three hours each, with one on the Friday, two on Saturday and one on Sunday. Alongside the concerts, there will be lots of other content, such as interviews and more to keep you entertained, as well as free Festival Fringe events taking place on the Derby Folk Festival Facebook page.

“Never in modern times have we needed community and music as much as we do right now! Great music speaks straight to the soul, it can lift spirits, bringing hope and spreading happiness to all. For these reasons I am so pleased and excited that Derby Folk Festival is moving online this year, bringing the best of folk and acoustic music direct to people's homes. This online edition of the festival is an innovative response to the times, and is a testament to the hard work of the organisers and their commitment to showing that even during these unprecedented times, folk remains the music of people with the power to bring communities together.”

“I am delighted that we have been able to work with our artists and partners to find an innovative way to make Derby Folk Festival happen at home this year. Everyone has shown great determination to make it happen in a different way, and I’m sure it will be no different when we can all get together and plan live events again.”

Tickets are priced at £12 per session, or you can buy a pass for all four sessions for just £36. With your ticket, you will get access to the events as they are released during the festival, joining in with festival watchers nationwide, plus access for the following week too so that you are able to catch up, or re-watch the festival, at a time that suits you.

Supporting the festival by buying a ticket will not only give you some fantastic music, filmed especially for you, to enjoy for a whole week, it will directly support the artists performing, and ensures that the festival is able to return to the city centre once again in 2021.

Festival highlights confirmed so far include:

Anyone who bought a ticket for Derby Folk Festival when it was first announced will be contacted direct by Derby LIVE to be offered a full refund, or a partial refund and tickets for the online festival.  There is no need to contact us. Our Sales and Information Centre at Riverside Chambers, Full Street, Derby currently remains closed.

Tickets for the online festival can be bought online by clicking here, and more information about all the acts, and information about new additions as they are announced, can be found at www.derbyfolkfestival.co.uk. We hope you can join us “at Home” as we create a 20:20 vision for the future of Derby Folk Festival.

National COVID restrictions are in place - check out the latest local coronavirus guidance. 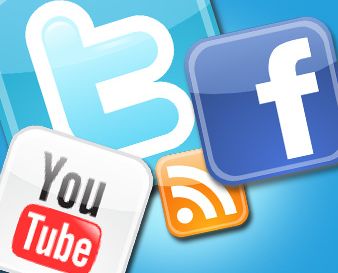 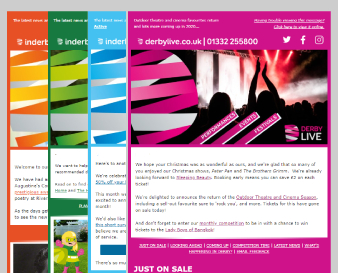