No time for snoozing, our Sleeping Beauty panto has arrived at Derby Arena and is now in rehearsals, with the opening night happening in two weeks! We're proud to be hosting the annual pantomime with Little Wolf Entertainment, after an extra year of beauty sleep when the production was postponed in 2020 due to COVID restrictions. We're back with a bang from Friday 10 December to Saturday 8 January. To view the rehearsal images, visit our Flickr page. 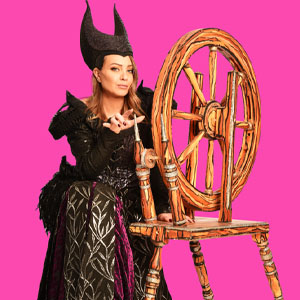 Rita Simons will be taking to the stage as the wickedly glamorous Carabosse. Rita is best known for playing Roxy Mitchell in BBC's Eastenders and is one of Britain’s best loved TV actresses.  She won Most Popular Newcomer at the National Television Awards and other awards and nominations include Best Newcomer at the Digital Spy Soap Awards.

Rita has also appeared in Mile High, Dream Team and toured the UK and Ireland as Paulette Bonafonte in hit musical Legally Blonde. Rita was the subject of a major documentary film Rita Simons: My Daughter, Deafness and Me made by Leopard Films for primetime BBC One. Previous to this, her credits include Lisa Prescott in The Krays: Dead Man Walking, an untold chapter from the notorious legend of the Kray Twins; Caro Harcourt in the UK Tour of Peter James’ The House in Cold Hill, and Miss Hedge in Everybody’s Talking About Jamie atLondon’s Apollo Theatre. In 2018, Rita was also a campmate on ITV's I’m a Celebrity... Get Me Out of Here. Most recently she played Velma Von Tussle in Hairspray at the London Coliseum. 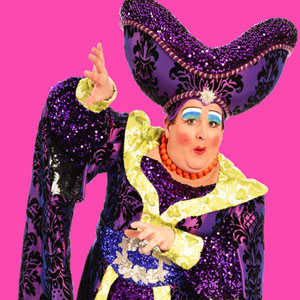 The doting Dame, Nurse Nancy Nightly is played by producer, writer, director and designer, Morgan Brind. Morgan trained at the Bristol Old Vic Theatre School and has appeared in many pantomimes over the years. In 2009, Morgan co-founded Little Wolf Entertainment and has written, designed, and co-produced all of their shows, including recently: Peter Pan, Jack and the Beanstalk, Beauty and the Beast (Derby Arena); Robin Hood, Beauty and the Beast, Jack and the Beanstalk (Loughborough), Sleeping Beauty, Robin Hood (Core Theatre, Solihull). He has received panto award nominations for ‘Best Script’, ‘Best Production’ and ‘Best Dame’ as well as a winning the ‘Best Set’ for Beauty and the Beast (Derby Arena). 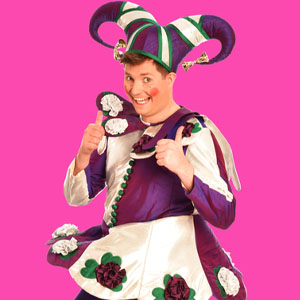 Richard Brindley as Mervin the Magician

Alongside Rita and Morgan is Derby panto favourite Richard Brindley. Richard is delighted to be returning to Derby Arena for his third pantomime season with Little Wolf Entertainment as Mervin the Magician. Richard’s theatre credits include United Queendom (Les Enfant Terribles) and The Railway Children (No.1 UK Tour). 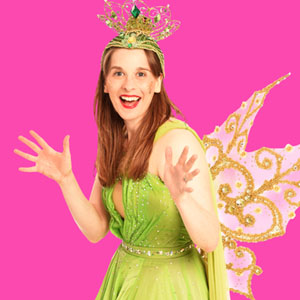 Another of our stars returning this year is Abigail Finley, playing the lovable yet slightly forgetful Fairy Lights. Abi is delighted to be back at Derby Arena after having a "whale" of a time playing Marilyn The Mermaid in Peter Pan. Abi trained at The Central School of Speech and Drama. She first came to the public’s attention on Andrew Lloyd Webber’s hit BBC Television show “How Do You Solve A Problem Like Maria?” reaching the Semi Finals. 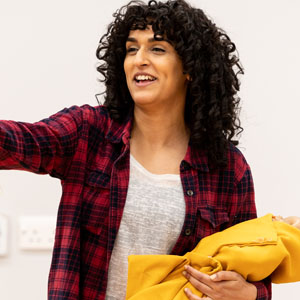 The rather sleepy lady of the moment, Princess Rose, will be played by Sophia Lewis who trained at London School of Musical Theatre. Sophia’s theatre credits include: Akilah in Around The World in 80s Days (Grand Theatre, Blackpool) Jill in Mother Goose (Millfield Theatre, London), Ensemble in Zombies The Musical (The Other Palace Studio). Her film and television appearances include Actor in Canvas (Short Film) and Mya in Detention (Film). 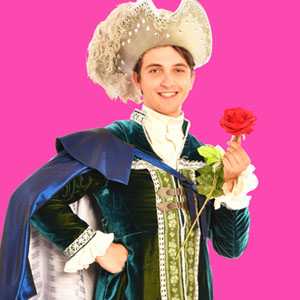 Starring alongside Sophia is Matthew Mori who will be playing the dashing Prince Vince. Matthew trained at Mountview Academy of Theatre Arts and starred in Sanditon series 1 (Red Planet Pictures). He has also starred in Snow White and the Seven Dwarfs (Glasgow SEC) as well as being a soloist in Magic at the Musicals (Royal Albert Hall) and a Dancer in The Great British Pantomime Awards (New Wimbledon Theatre). 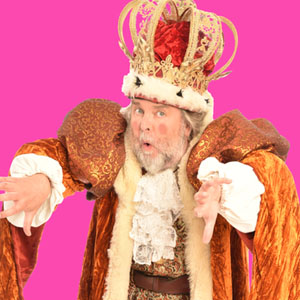 The King of the castle, King Darren of Derbion will be played by Howard Chadwick. Howard trained at The Royal Welsh College of Drama and has just finished Pride and Prejudice / The Merry Wives of Windsor / Jungle Book at Grosvenor Park Open Air Season and is delighted to be making his panto debut at Derby Arena. He has also been seen most recently in The Witcher for Netflix and in Emmerdale and appeared in the film Peterloo for Mike Leigh. Later this year he will be seen in two episodes of Gentleman Jack for the BBC. 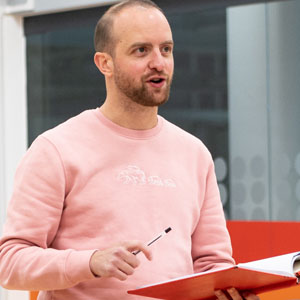 Sleeping Beauty will be on stage at Derby Arena from Friday 10 December to Saturday 8 January.  Tickets are on sale now from, with prices ranging £31.50 - £13.50, depending on the performance. Concessions, group and family tickets are available. We also have a number of access performances including audio description, BSL signed, captions and relaxed shows. For more information about our access performances, visit the panto additional information page.

Book your pantomime tickets online via the event page or call the Sales and Information Centre on 01332 255800 or in person at Riverside Chambers, Full Street.