Meet the cast of Peter Pan!

We are so excited to announce our cast for Peter Pan at Derby Arena!

Here's a little info about each cast member, don't forget to buy your tickets to see them. 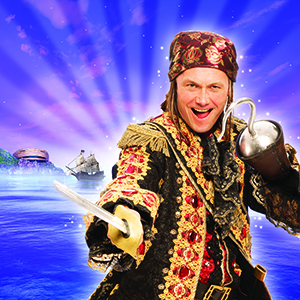 Bill Ward will be rocking the seas of the Derby Arena stage as the evil Captain Hook, who everyone will love to hate. A professional actor for 20 years, Bill has built himself a huge career across theatre, TV and film and has won numerous awards for his work. Bill is no stranger to playing the villain, after appearing on screen in two of the country’s top soaps; the sadistic, evil character of Charlie Stubbs in Coronation Street and in over 700 episodes as James Barton in Emmerdale. Bill’s other television credits include; Silent Witness; True Crime; Casualty; Doctors; The Bill; Robin Hood; Midsomer Murders; Heartbeat; Cold Blood; Fallen; Holby City; EastEnders; Swag; Severn Stories; Jonathan Creek; Footballers’ Wives; Rose and Maloney; In Deep and Make My Day.

Bill has just finished strutting his stuff in heels, having starred as Hugo/Loco Chanel in Everyone’s Talking About Jamie, (maybe he could give our dame ‘Auntie Hilda’ a good run for her money?). Bill also starred in the UK tour of Legally Blonde. Other West End credits include Viva Forever, Million Dollar Quartet, and Spamalot. His film credits include A Dark Reflection; The Great Ghost Rescue; The Haunting of Ellie Rose; Practice Makes Perfect and Adam and Steve. 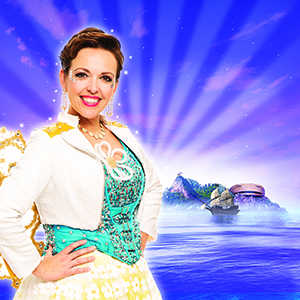 The role of much loved Tinker Bell will be performed by Katrina Bryan, well known for her work on the CBeebies channel. Beginning in 2007, she played Nina in the award winning series Nina and the Neurons. She currently plays the role of Alice in another hit show, Molly and Mack. Other CBeebies shows include Thumbelina, The Nutcracker, A Christmas Carol, Peter Pan and Strictly Cinderella.

Katrina’s other TV appearances include Fried (BBC3), Sea of Souls and the recurring role as Pathologist Ellis Sinclair in Taggart. 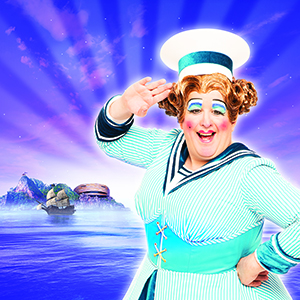 For the past 2 years, Morgan Brind has entertained Derby Arena audiences as the loveable panto Dame in Beauty and the Beast (2017) and Jack and the Beanstalk (2018). Morgan is back for a third year running as Auntie Hilda: the odd looking one that refuses to grow up!

He won the ‘Best Set and Staging’ award at The Great British Pantomime Awards 2018 for his work on Beauty and The Beast at our own Derby Arena.

As a great performer himself, Morgan’s theatre credits include work with Derby’s own Maison Foo in Pendulums Bargain Emporium. He worked with Derby LIVE and Oldham’s Coliseum on a production of Everyone Look at Me and has worked several times with Lord Chamberlain’s Men in A Midsummer Night’s Dream and Romeo and Juliet as well as the The Outdoor Shakespeare for Radio 4. 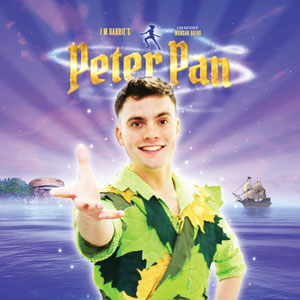 Alongside Bill, Katrina and Morgan, making his panto debut here in Derby, Peter Pan will be played by Thomas Grant. Thomas trained with the National Youth Theatre and The Royal Academy of Music.

After successfully completing training, Thomas went on to perform in many theatre shows including the popular Cabaret (Bristol Bierkeller), Get Your Sh*t Together (Landor Theatre), Moulin Rouge (Secret Cinema, Intemperance (New Vic Theatre), Exiles (The National Theatre), The Cereal Café (The Other Places) and The Dreamers (Abbey Road). Some audience members may recognise Thomas from his television appearances, which include; Midsomer Murders (ITV); Gil Mayo (BBC) and Murder Prevention (C5). 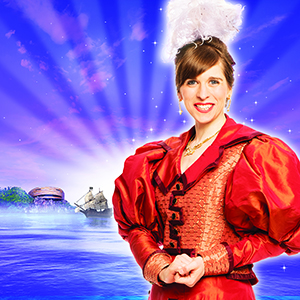 Abigail Finley as Mrs Darling and the Mermaid

Abigail Finley will be playing both Mrs Darling and the Mermaid. Abi trained at The Central School of Speech and Drama. She first came to the public’s attention on Andrew Lloyd Webber’s hit BBC Television show How Do You Solve A Problem Like Maria? reaching the Semi Finals. Following the show Abi had the great honour of working with Sir Tim Rice, taking the lead female role of Fiona in his revival of Blondel (Pleasance Theatre, London).

Recently Abi took on the role of Jane in Channel 4’s short film Apology, played composer Ellie Greenwich in Leader Of The Pack at Waterloo East Theatre (OFFIE nominated for Best Actress), has been a part of Showstoppers: The Improvised Musical and embraced her inner hippy playing Sheila in the European tour of Hair. 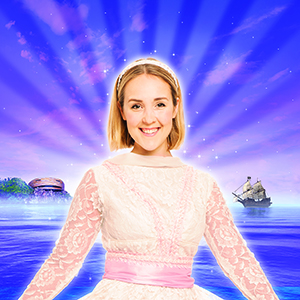 Rebecca Brierley will be soaring alongside Thomas as our young and not so innocent Wendy. Rebecca trained at Mountview Academy of Theatre Arts and has been involved in numerous theatre shows such as LV in The Rise and Fall of Little Voice (Derby Theatre); The Sound of Music (International Tour) and The Railway Children (London’s King Cross Theatre).

Known for her beautiful voice, Rebecca has also performed as Vocalist for Belle Noir Band and was backing vocalist for Alfie Boe and Katie Mellua in The Festival of Remembrance (Royal Albert Hall). 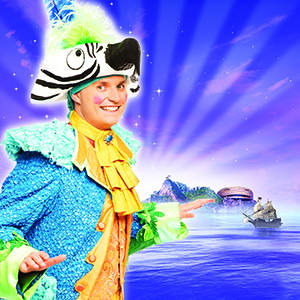 Richard trained at The Royal Academy of Music and Exeter University. Richard loves a good panto and has performed in a fair few; Beauty and the Beast (Radlett Centre) and Sleeping Beauty (PolkaDot Pantomines). He has also done a couple of UK tours with shows The Railways Children and Iolanthe. 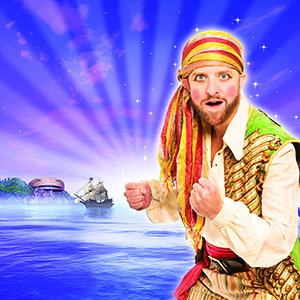 Roddy Peters will appear as Starkey this year. He was awarded the Laurence Olivier bursary while training at the Bristol Old Vic Theatre School. Roddy has worked with Little Wolf Entertainment before when playing Mervin in Sleeping Beauty at Loughborough Town Hall. His other theatre credits include Captain Flinn and The Pirate Dinosaurs (Southbank Centre) and in the popular BFG (Bolton Octagon).