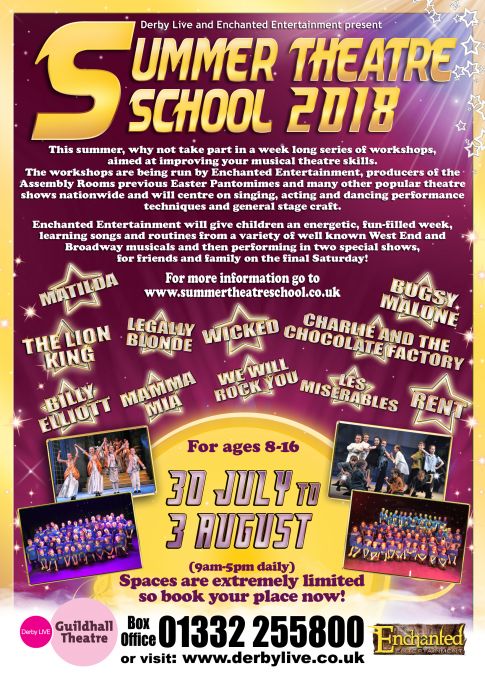 This summer, why not take part in a week-long series of workshops aimed at improving your musical theatre skills.

The workshops (9am-5pm, Mon-Fri at The Guildhall) are once again being run by Enchanted Entertainment, producers of previous Easter Pantomimes at the Assembly Rooms and will centre on singing, acting and dancing performance techniques as well as general stage craft.

At the end of the week, children put all their hard work into two performances on the stage in front of a live audience on Saturday 4 August!

The Summer School is about getting young people (aged 8-16) involved in performing, whatever their experience or ability. It is also a chance for them to spend time with others who love singing, dancing and acting.

Enchanted Entertainment will give children an energetic, fun-filled week, learning songs and routines from a variety of well-known West End and Broadway musicals and then performing in the show itself on the final Saturday.

*PLEASE NOTE: Due to building works at The Guildhall, the actual workshop performances on Saturday 4th August will be taking place in the Main Theatre at Deda. Tickets can be purchased separately for the workshop performances by calling the Deda box office on: 01332 370911 or in person at: Deda, Chapel Street, Derby DE1 3GU 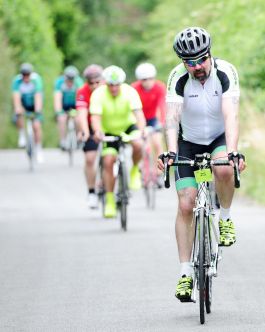 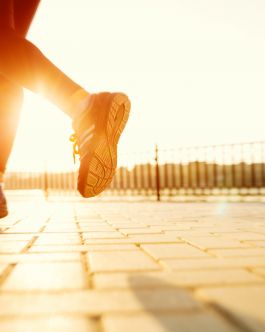 Race For Life and Pretty Muddy 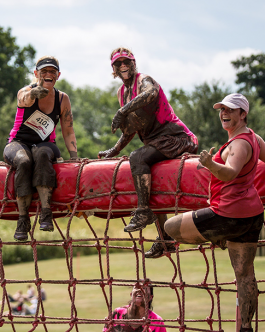 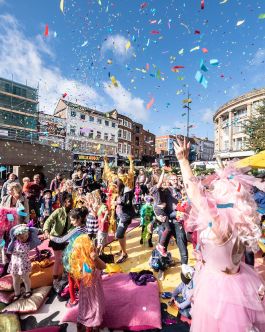